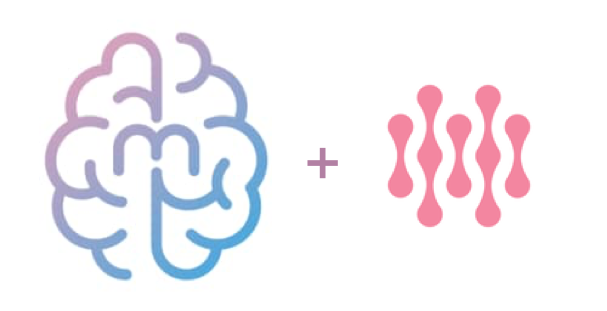 Psychedelics are one of a few areas that have hopeful results in clinical research on new psychiatric medications. Although many psychedelics emerged from the labs of chemists working for pharmaceutical companies, they were subsequently stigmatized for decades. With those societal attitudes changing, there is a massive untapped research opportunity.

U.S. mental health spending is about $225B annually while big pharma R&D investment in mental health has declined significantly in the past decade – some sources put the decline at 70%.

Pharma has had some successful runs with psychiatric medications, with booms in the 50’s and 80’s, but has struggled since. There have been frustrating misses in neighboring areas too, such as with neurodegenerative diseases like Alzheimer’s. The bottom line is that designing drugs for the brain is very difficult – the mechanisms of action are incredibly complex.

Psychedelics have been around a long time, but we think of the modern pharma starting point is in the 1940’s with Albert Hoffman’s infamous bicycle ride and invention of LSD and the boom of research it kicked off throughout the 1950’s and 60’s. However, as psychedelics gained popularity recreationally, they were lumped in with Schedule I Controlled Substances. Research died off.

Recently, there has been a renaissance in psychedelic research at Johns Hopkins, University Hospital Basel, Imperial College, NYU, and other major research universities. Research at these centers is demonstrating that psychedelics and associated molecules may work for several potential psychiatric indications including depression, anxiety, and substance use disorders.

The risks of failure for any new drug are that it isn’t effective or that it isn’t safe. Importantly, although perhaps not ideally, millions of people have taken classic psychedelics already. Meaning we have a large volume of data that suggests these drugs can be safely consumed in a range of doses. It’s hard to point to many other classes of potentially effective medicines with such widespread historical use.

The problem, though, is that the historical data is largely anecdotal or poor quality by today’s clinical trial standards. For example, there are studies using psychedelics as a treatment for alcohol use disorder, then medically called alcoholism, dating back to the 1960’s, but these don’t really yield reliable results that stand up to modern rigor. So now it’s time to do some proper scientific research. That is where MindMed and HealthMode come together.

The contrarian bet whose time may have come

Even while stigma around psychedelics remains, the FDA has awarded breakthrough status to multiple psychedelic therapies over the past few years. Most notably, Johnson & Johnson received approval for esketamine in 2020 to be used for treatment resistant depression.

Contrarian venture capitalists like Peter Thiel are seeing the opportunity in psychedelics and making large investments in the space. This is one of the only areas of mental health treatments actually showing near term promise. We have a legitimate drug pipeline across multiple biotechs and pharmas with decades of historical safety data that has yet to be taken fully seriously by the broader pharma community and general population. It’s hard to imagine better timing.

This brings me to MindMed’s Co-Founder and CEO, JR Rahn. JR has a fascinating history as an entrepreneur from investing early in China’s growth story to Y Combinator startups. He has also been around growth companies like Uber. He now has dedicated his entrepreneurial and investment focus to mental health. When JR started MindMed, psychedelics were still so stigmatized that he was completely unable to raise money from Silicon Valley VCs. Despite being an alumni already at the time, he was dismissed by Y Combinator for even suggesting the idea. Canada was already ahead in its thinking around liberalization of psychedelics research, and JR found a way to work around Silicon Valley’s “No” by building and capitalizing the company in Canada. It’s been an outside bet from day one, and I’ve been astonished with JR’s perseverance in order to get this thing off the ground.

HealthMode’s CEO Dan Karlin has known JR for years. Dan has spent his career as a psychiatrist, digital measurement tzar, psychiatric drug developer, and entrepreneur. HealthMode works on new ways to measure healthcare outcomes using commodity sensors on iPhones and Apple Watches, and I’ve watched Dan secure pharma partners for HealthMode’s digital measurements at record pace. His product vision has been exceptional, and that’s what led into HealthMode’s recent work in agitation, neurodegenerative diseases, and more recently into HealthMode’s discussions with MindMed and others looking at novel therapeutics in mental health.

As Dan and JR discussed how HealthMode could help implement measurements for MindMed’s clinical research in anxiety, depression, ADHD, addiction, and other areas, the discussion turned to merger. Dan and I discussed it and agreed that the best way to harness the value of what we’ve built at HealthMode is to create a full-stack biotech where the clinical and digital IP are built out together in a cohesive manner.

Over the past 10 years through lots of different VC investment at the intersection of tech and biotech, we’ve learned that there are many points in the biotech drug discovery and development pipeline at which tech can accelerate research. At HealthMode, we saw our measures enable new opportunities like virtual studies that run orders of magnitude improvement in speed, cost, and scale of participants. Dan and I felt that we’d see greater value by focusing the platform on a single biotech in one therapeutic area where we can build chemical and digital IP together rather than building out a horizontal tech platform across many different therapeutic areas. If we believe in our models so much, we should be eating our own dogfood and taking the risk with the drug developers.

By merging digital product, engineering, and machine learning teams with drug development teams, we can embed digital medicine throughout the entire process. We can envision new kinds of hybrid drug-digital therapeutic products with companion apps that modulate dosing and care. We can run better studies faster, and at a larger scale, to get better data on outcomes.

I always say our technical motto is ‘better science faster.’

The Trillion Dollar Industry: Why digital medicine will change the course of pharma and mental health

There are three ways in which I get very excited about digital medicine: i) drug-digital combination products, ii) better science through better data, and iii) tech-style compounding defensibility of IP rather than pharma-style finite patent defensibility of IP.

i) In the not too distant future, all drugs will go to the market with companion digital products. In the simplest cases, they may do some infrequent monitoring that’s shared back with their doctors. In the most extreme cases, the chemical therapeutic will be entirely replaced by a digital therapeutic. One example of this is replacing a downstream need for pain medication with an upstream set of tasks and adherence measures delivered as an app. In most cases though, there will be more of a balance between digital and drug.

ii) Clinical research will start accelerating rapidly in the next decade as we see broader adoption of digital medicine and virtualized trials. Ultimately anyone with an iPhone will be able to opt into screening for any study they like, leading to faster recruiting of patients, larger studies, better and higher frequency data across a much larger set of observed parameters, and ultimately more robust scientific results. Pharma talks about Real World Data / Real World Evidence (RWD/RWE), and Clinical Data as being different things, and today they are – but it does not have to remain that way forever. As we see accelerated adoption of digital medicine, more rigor around RWD/RWE, and more standardizing and streamlining of Clinical Data, I predict the lines between these data will blur and there may eventually be no formal distinction, but rather just universally acceptable global standards for context, rigor, and so on.

iii) One of the least understood and most exciting aspects of digital medicine is how it can bring a tech-style long term compounding defensibility of IP to a market that historically only enjoys pharma-style short term finite patent defensibility of IP. I think this is especially critical in psychedelics, where it won’t just be about novel chemistry but also novel delivery and care. It’s very hard to copy Google, Amazon, or Instagram due to the compounding power of data, infrastructure, and network effects. Yet the most successful Pharma companies have finite patent protection for their drugs no matter how much they invest into R&D. While this might seem good for patients – and in many ways it is – there are also serious issues around allowing for long term compounding innovation in business units focused on specific therapeutic areas.

This is very important for people to sit with for a moment. Think about how radically different innovation is in these two worlds. One world where you constantly build on top of a compounding platform for innovating that keeps on making it easier to innovate. More data, better models, new products bringing in even more data, new infrastructure to remove big chunks of work. The other world where you restart from scratch each time, don’t leverage previous or neighboring data, don’t benefit from other products, and don’t benefit from compounding infrastructure investments.

It’s interesting that when it comes to digital medicine, what’s much better for long term IP defensibility and therefore valuation of pharma companies is also much better for innovation.

One wonders if we’d see more steady progress in important disease areas if there were digital platforms underlying drugs that continued enabling more research innovation after the drug is already on the market, and new drugs could ‘ship’ leveraging the existing technology and data platform with the compounding wisdom of all past studies and production market usage.

Pharma has serious continuity issues today – clinical research takes so many years that program leads often swap out between phases of a single drug. It’s uncommon that the same people oversee multiple generations of drugs across multiple phases of development aimed at a particular indication. Digital medicine has the possibility to upend all this with applications and data providing a compounding effect of scientific innovation to discover new chemicals and new ways of delivering them. Perhaps future Pharma will make very long term investments into platforms around therapeutic areas as their real defensibility and rely less on short term patent protection.

MindMed, now integrated with HealthMode’s tech and talent, will end up being the platform where classic and novel psychedelic assisted therapies and medicines will be launched and ultimately compound their success with patients at scale.