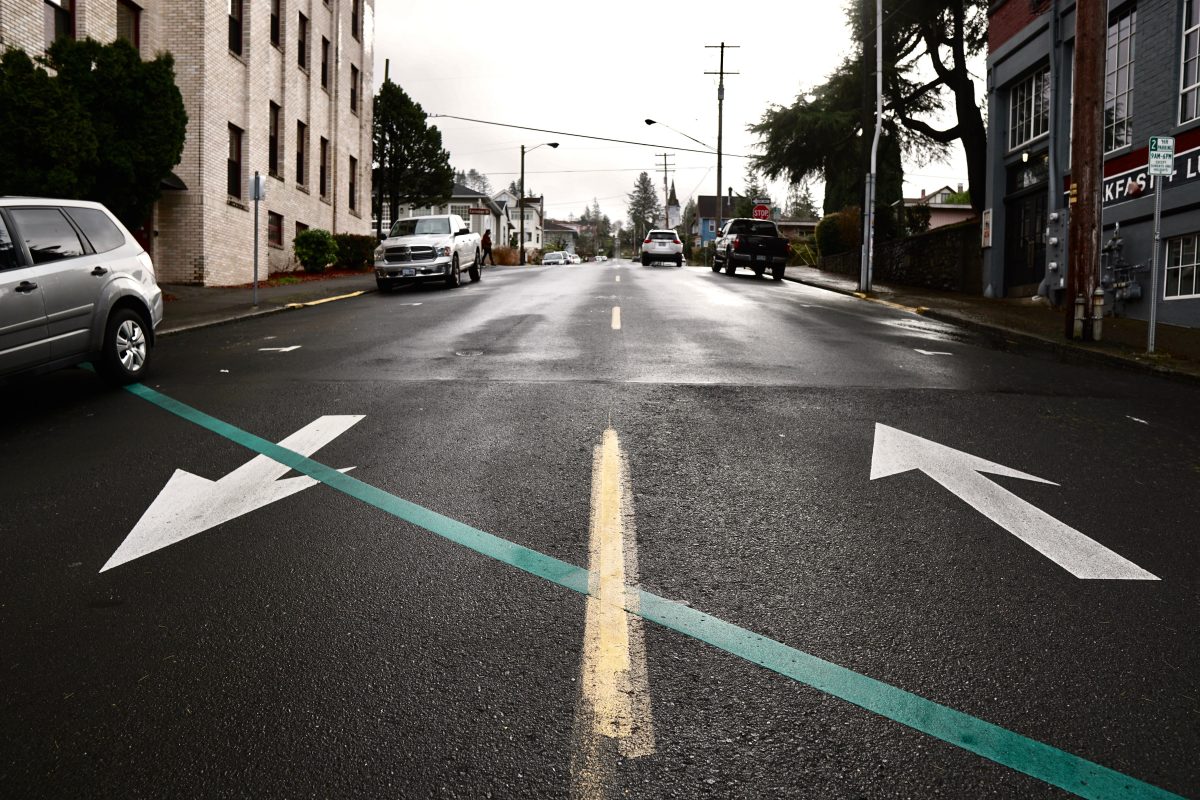 In personal and work life, focus where your energy is being reciprocated.

In physics, the law of conservation of energy roughly states that the energy in any closed system remains constant. Energy can neither be created nor destroyed, it just shifts from one form to another.

Are you the one always reaching out to make plans with a friend or partner? Always calling, texting, emailing, checking in? Are you always taking on the shit work that nobody else wants to do at your job? Having patience with your team while you take on the responsibilities of others? Do others seem to have a sense of entitlement to your efforts and energy while they don’t seem to expect as much from themselves? Do you feel like you want to say something about the situation but there’s never a right time because the people or projects consuming your energy are constantly in a state where you don’t feel comfortable to raise concerns about what you’re getting out of this?

Time to think about reciprocation.

When people are either failing to reciprocate your energy, or being outwardly hostile and blaming you for things, then consider that maybe they may be sending you signs that they don’t want to be your friend, partner, or colleague. f– not everyone has to like us or want us.

When people show you they don’t want to reciprocate, a charm offensive just throws good energy after bad. Instead, consider matching their energy and pulling back, as Elon did.

Reciprocate the lack of reciprocation

When you feel yourself chasing and the other side isn’t reciprocating, pull back. Match their energy and put in what they are putting in. They may not step up and do anything more, and that will be the sign that this isn’t a connection worth investing in – it’ll be hard but better to move on. They may recognize you pulling back and initiate a discussion or take some action, and that will be a great place to try establishing a different foundation for the connection.

It’s an important act of self-love and self-preservation to retract, save, and restore your energy. Without doing so, you will end up fully draining your batteries and burning out, which can take a long time, or a lifetime, to recover from.

Share how you feel with your counterparties. Let them know you feel you’ve been investing a lot of energy into the relationship or project, and you don’t feel it’s coming back to you. Explain why, and what it would look like for the situation to change and be more of a two-way street for you. Sharing your needs gives the other party a chance to see if they can meet your needs.

Have empathy – don’t make assumptions and accusations. Give people a chance to hear you out, and see where they want to take it from there. If you vent frustration, you’ll only provoke defensiveness and probably reinforce the cycle. Now they will play the victim role in a situation where you are the one already feeling exploited – a recipe for an ongoing funk.

When you’ve been investing a lot of energy into something and start to retract for self-preservation, the best place to invest your energy is in yourself. You’ve been investing in things that aren’t returning anything to you, so you’re draining your energy supply. Instead, you can invest energy directly into yourself, and do things that have a positive compounding effect in restoring your natural energy supplies to baseline.

Take a look at what you are receiving from the people and projects that are troubling you. Ask if it’s really commensurate with what you are putting in, and if not, what would feel like a more fair balance to you. This may mean changing the nature or structure of the connection. Oftentimes, your counterparts won’t like this, and that’s OK. Carrying out this change and holding to it is going to be just as hard or harder than processing the feelings and deciding upon the need for change.

Once you’re reconsidered to assess what you can honestly expect from the people and projects in question, then you can put it in a well understood box. Once you have this structure in place, you can turn your focus to other connections that can fulfill your needs, where you feel like larger investments of your energy will be reciprocated.

When you aren’t in touch with your own feelings and needs, and aren’t able to set boundaries or champion for what you want, it becomes easy to just do whatever others want. When it’s hard to say no and easy to say yes, you end up being responsible for things you don’t want to be, restricted in ways you don’t want to be, and doing too many things for others and not enough things for yourself.

Knowing your needs and setting boundaries allows you to preserve your energy to invest in yourself and your connection to your inner identity. When you let this go, constantly focus on others and just do whatever they want, then you are bound to grow angry and resentful. Ultimately this creates conflict.

So if you’re feeling angry, resentful, and noticing consistent conflict in your relationships, while at the same time you are feeling stuck in situations that are exploiting your energy but not meeting your needs, then you’re probably not in touch with your needs nor are you setting boundaries that allow you to focus on and meet your needs.

Sometimes people mistakenly think that boundaries create distance and let conflict brew, but in fact they can promote closeness and prevent conflict. Boundaries allow you to be connected-but-independent; they enable closeness while holding the needs of individuals as being equally important as the needs of the connections between them. Healthy people are able to hold their internal needs and the needs of others, and be responsible to both in relationships.

In some cases, it’s just a relationship or a job that is exploiting your energy, and you just need to have a bit of realization, take some action, and move on. In other cases, when you constantly find yourself in settings where your energy isn’t being reciprocated, you might be showing some signs of codependency. If you feel held hostage in these situations and have an inner angst that you don’t want to be stuck in these patterns anymore, it may be time for some deeper healing and change.

Codependency is institutionalized lack of reciprocity; rather than a natural balance of give-and-receive, one party loses touch with their needs, releases boundaries, and ultimately loses themselves in the relationship. Instead, they become deeply attune to someone else, usually someone or something very much in need of attention or being ‘fixed.’

Psychology talks about the roles of the taker and the giver, but I think in reality many relationships and situations are more complex – I can see a lot of cases where both parties could acknowledge there’s a codependency, yet of course both sides will also claim the other side is the taker and they are the giver. It’s complex because sometimes there is more of a clear one-sided taker that is gaslighting the giver, sometimes the giver with a victim mentality is in many ways actually the hidden taker, and sometimes there’s a complex interplay where both sides are engaged in manipulation tactics that lead them to switching roles between giver and taker as they act out various dramas.  It’s all very complex, messy, and honestly not a very productive use of time.

Codependency comes with an easily recognizable common set of behavior patterns that are rooted in being over-attune to the other, and under-attune to ourselves. If they do something hurtful, we feel sad for them rather than for ourselves, and we end up feeling the need to apologize. We avoid and anticipate conflict, often checking in before doing basic things that shouldn’t require outside validation. Seeing the other person as exceptional and ourselves as worthless – their needs are paramount, ours don’t matter. We constantly seek their validation and don’t feel good about ourselves if we don’t get it – our internally validated sense of self is replaced with an external validated notion of self defined by those we become dependent on. Constantly doing things for them that makes us feel bad, exploited, trapped in the course of trying to save or help them in some way. Finding that we’ve lost our selves of self, don’t have time for ourselves, and that our priorities are always at the bottom of an always-growing task list.

Codependent individuals who aren’t in touch with their needs, aren’t able to establish and hold boundaries, and continue to invest their energy into attunement with others over themselves are eventually at risk for addiction, abusive relationships, psychological disorders, illness, and exploitation at work.

First, be on the lookout for somatic feelings that arise in your body when you feel anxious and begin to worry about someone or something else. Do you feel flushness in the chest, tightness in the legs, short of breath, sinking stomach, etc?

Next, as you feel yourself being drawn into worrying about the other–their internal state, what they are doing, or thinking about–begin to retrain your focus onto your own somatic feelings, and take some time to just be with the feelings. Then work on returning to your own needs; come back to focusing on your own goals and what you’re doing for yourself.

Get in touch with the attributes of your true identity.  Seek activities and friends along those attributes. Be patient with yourself in this process–learn to speak to yourself with love and forgiveness as you would to a child. Take steps that give you space from the codependent connection–whether it’s a relationship or a project at work, give yourself time away from it. When you begin to worry, just sit with your feelings for a bit, then return back to your own needs and goals.

Last, it’s time to take ownership of your life and eliminate the victim mentality. You are in control, and you do not need to continue in relationships or circumstances that don’t feel good to you. If someone is critical or controlling, tell yourself that you do not deserve this and that you will now take time for yourself to return to your goals. Say “no” if you’re being asked or pushed to do things that don’t feel good to you. Feel your feelings and just keep your head down on your goals.