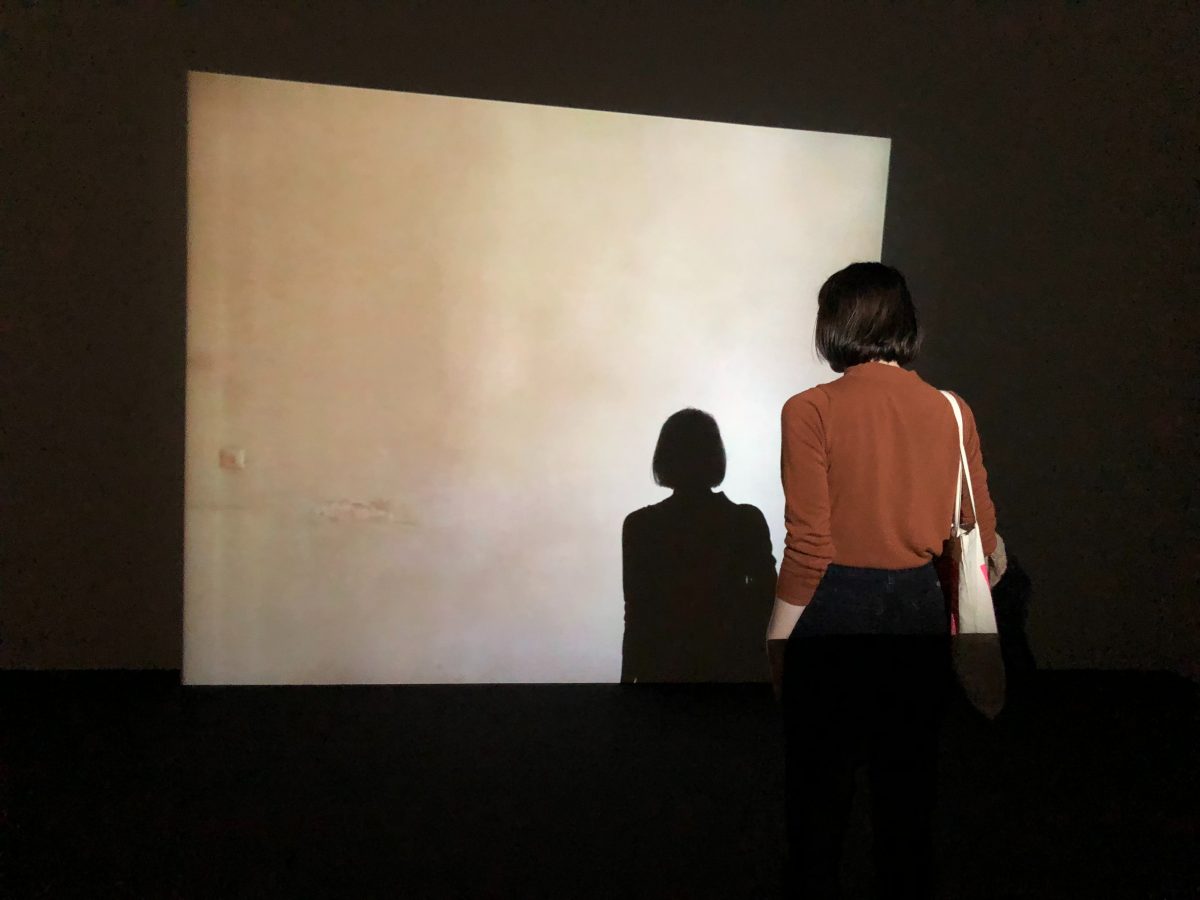 Projection is a defense mechanism where we deny things about ourselves that we find intolerable by perceiving them in others instead.

We blame others for our thoughts, feelings or actions by imagining they think, feel or act in a way that proxies our own intolerable behaviors.

A partner who lies or cheats might constantly accuse their partner of lying or cheating. An executive who executes their role incompetently might blame their organization’s bad results on other executives or their team.

We externalize what we feel too much shame around to own, process, and act on. For example we might blame irresponsible drug use or sexual behavior on a partner, our parents, or others we perceive to have slighted us and ‘caused’ us to behave in that way.

Projection is considered an immature childlike defense – we ignore reality in order to preserve our fragile egos because we haven’t developed the emotional tools to self-reflect, heal, and manage change in ourselves to address behaviors that we find undesirable. So we behave as a child who has broken a toy but blames it on another child.

Self love and tenderness as antidotes to projection

When we learn to be loving, gentle and patient with ourselves, we can acknowledge our undesirable behaviors and avoid excessive self-shaming.

Tender acknowledgement allows us to reflect on what we’re doing, notice the roots of the behaviors, and take action to heal. Then we can begin building new more desirable behaviors.

It’s totally okay and normal to make mistakes, or behave in ways we aren’t proud of. It’s even okay to feel so ashamed of our actions that we blame them on others – after all, this is just another mistake. The key is to learn to be able to forgive ourselves for these mistakes, notice them, and find ways to process our emotions and change unproductive behaviors over time.

It’s important not to be so weak internally that we have a constant victim mentality. Projectors are emotional abusers who always see themselves as victims because they aren’t strong enough to self reflect and feel the power to change their circumstances. So if you feel like you’re always the victim, ask yourself where your self esteem is and where your power to change your circumstances lies. If you see someone around you who always plays the victim, consider whether they might be a dangerous companion who consistently projects blame onto you.

Self esteem and boundaries as protection from projection

When we have weak self esteem and boundaries, we are especially susceptible to projection. The negative attributes that others project upon us simply pass right through weak boundaries and validate our already-poor views of ourselves.

If we carry shame and critical self-talk, then it’s quite easy for others to project things onto us that validate negative views of ourselves. Funny enough, the codependent who accepts the projection is the same as the projective abuser in this regard – both have low opinions of themselves. The distinction is only in the magnitude of the negativity about oneself and how unbearable the feelings of shame are. To the codependent, shame is a familiar and comfortable place to dwell in rumination about how awful they are. To the abusive projector, ego is so fragile and shame is so intolerable that anything triggering shame must be immediately externalized and projected onto someone or something outside, in order to avoid the horrific rumination that would be equivalent to total annihilation of their ego and value.

Your self doubt escalates alongside your abusers self assuredness in their ability to control you. You accept blame and try to understand their side and show empathy. As they get increasingly aggressive, you reduce boundaries and attempt to win their affection and avoid further escalation and angry venting. You become obsessed with the details of the relationship and your partner’s mood state and perception of events. You want to prevent being put down, abandoned, or told that you’re unworthy of love. Your abuser tells you that you can’t do better and there’s nothing else out there for you – you gradually lose hope that there is.

When we have solid self-esteem and boundaries, projection can neither penetrate our boundaries nor stick internally. We simply don’t tolerate the behavior – not only does it bounce off, but we bounce the person out of our lives.

However, when our self-esteem and defenses are not as strong, we are susceptible as the projector escalates over our moderate protests and we are too scared to purge them from our lives.

Projectors escalate to create overwhelming pressure to get us to accept their projections – because on their side a failure to project the matter could leave it to fall back to them, which they have existential fear over given it could shatter their entire fragile ego to bits. Noticing this overwhelming escalation is one of the most important aspects of identifying projection – when someone is trying to blame us and get us to accept the blame with a level of anger that seems completely unreasonable, that’s a sure sign they are projecting.

When we understand the existential fear that the projector has around complete ego destruction, then we can see why the stakes are so high for them and why they escalate to such a dramatic level of anger when it comes to assigning blame to us. We can then empathize with their overall condition rather than empathizing with their specific attempt to assign blame. This is a crucial aspect of recognizing projection. We can then ‘love them from a safe distance’ and accept that we can not love them up close.

When we recognize projection, it’s important not to push back. Pushback on any specific issue is pointless, as it is the projectors overall condition and fragility of ego that is the issue, not the details of this particular matter they are trying to blame on you. Trying to empathize with them or discuss things rationally is completely pointless and will simply lead you into abuse or emotionally violent arguments.

When someone projects onto you, the right move is to just dryly refuse to accept it with something like “it’s ok to see it that way, but I have a different opinion,” or “I’m not really going to accept the blame for that but your view is totally valid from your side.” So on the one hand you are validating that their truth is their truth, and you don’t debate it, yet at the same time you don’t accept it to be your truth.

You don’t want to argue, defend yourself, or debate the merits of their truth. That’s a trap that leads into abuse or an argumentative black hole that endlessly sucks your energy out until you walk away. When you disagree and walk immediately, the projector retains their own feelings, opinions and energy, and you retain yours.